Gauteng, one of the nine provinces of South Africa, is a heterogeneous province that embodies a variety of cultures, and is considered South Africa’s cultural and business hub where opportunities and dreams are made. Being the smallest province in South Africa, accounting for only 1,5% of the land area, it is highly urbanised and has the largest population of any other province in the country. 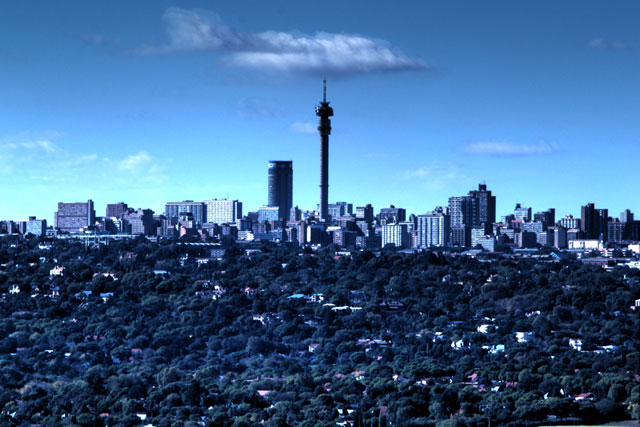 Gauteng has a rich cultural history dating back to 1886, when gold was first discovered in the region. The province’s name is actually derived from the Afrikaans word ‘’goud’’ which means gold, and the Sotho-Tswana locative suffix ‘-ng’.  It is known in Sesotho as the ‘’Place of Gold’’.

Visit Gold Reef City in Gauteng where you can experience a gold tour through the variety of museums, giving you a peak into what life was like in Johannesburg in the 19th Century. There, you can also descend 75 metres underground on a tour of a mine and then enjoy a gold-pouring demonstration.

Cullinan, another popular historical destination in Gauteng, is where the world’s largest diamond ever mined was found. Various tours are available around Cullinan within the mining area and around town, where you still see beautifully preserved Edwardian period buildings of that era.

For those of you interested in human evolution and how our ancestors subsisted, then The Cradle of Humankind, which is now a World Heritage Site, is another Gauteng location that should not be missed.

We are very fortunate in Gauteng to have a delightfully mild climate. It is said that Gauteng has the world’s best climates with summer days that are warm and wind free, and winter days that are crisp, clear and not too cold. This allows many of Gauteng’s residents to enjoy the outdoors right through the year, where picnicking and outdoor sports are popular.

The unique geography of this province offers a combination of natural beauty and mineral wealth. It is situated at a high-altitude and is home to the scenic Magaliesberg and Witwatersberg mountain ranges. The Dinokeng Game Reserve, is only an hour’s drive from Johannesburg, and is where you will be able to see the ‘’Big 5” roaming wild and free. There is also an abundance of parks and botanical gardens sprinkled throughout the province.

Taxis are the cheapest form of transport in Gauteng, and offer a disordered, informal transport system to the masses. These small-scale bus services, often unmarked, operate with neither a timetable nor any formal stops. Gauteng has a developed road infrastructure and routes are usually well indicated on various sign-posts. The bus system ‘’Rea Vaya’’, which means ‘’we are going’’ in Sesotho, is another popular reliable means of public transport in Gauteng. The province also boasts a state-of-the-art rail network, the Gautrain, which connects Pretoria and Johannesburg, as well as OR Tambo International Airport and Sandton.

A number of languages are spoken in Gauteng, mainly English, Afrikaans, IsiZulu and Sesotho. British English, as opposed to American English, is used in the education system in the province, and in South Africa. This makes Gauteng a popular destination for foreign language students to visit and improve their English language skills.

Johannesburg’s earliest settlers were not the Boers (Afrikaans) but rather the descendants of Venda people who settled north of the Soutpansberg around 1 000 years ago, on two hills near a small town called Pontdrift.

In 1886 gold was discovered in Johannesburg. Within 14 years of the discovery of gold it had become the largest city in southern Africa as well as the country’s foremost centre for industry, commerce and finance.

Where did Johannesburg get its name from?

Who gave his name to the city of Johannesburg when it was founded in 1886? The historians are unable to decide. What is not in dispute is that it was named after a man named Johann. But Johann was a common Dutch name in the late nineteenth century, and there are a number of Johannes who could claim credit. So, one can say that Johannesburg got its name from many famous Johannes including; President Paul Kruger, the first government official Johannes Meyer, and gold investigators Johann Rissik and Christiaan Johannes Joubert .

Today Johannesburg remains South Africa’s premier city, and while other centres may offer better environments to sip wine or soak in the sun, Jozi, as its inhabitants affectionately call it, remains the preferred destination of career professionals and serious-minded entrepreneurs.

From the global to the local stage, many Joburg residents have had an impact on the heartbeat of the city and the world.

Nelson Mandela or Madiba, is the world’s icon of reconciliation, compassion and goodwill. South Africa’s first democratic president, Mandela united a fraught and fearful country in 1994. After he was released from jail in 1990, he came home to his small house in Orlando West, but soon afterwards took up residence in Houghton, Johannesburg, where he has lived ever since.

More than a great academic and renowned palaeontologist, Phillip Tobias is a humanist committed to high standards of personal integrity.

Ma Sisulu is South African royalty, a stalwart of the struggle and one of the most beloved people in the country – and a Joburg resident.

The “mother of the nation” still lives in Soweto, and is greeted with love and affection wherever she goes.

They have been serving scrumptious food for over four decades, to queens, presidents, actors, celebrities and ordinary folk. Their restaurant, Gramadoelas is a Johannesburg institution – and owners Eduan Naudé and Brian Shalkoff are famous, not only here but across the world.

The Gautrain is Africa’s first world-class, modern rapid rail and bus service that runs through the heart of Gauteng. The Gautrain commutes thousands of Joburgers a day from Park Station in Braamfontein to its many stops including Rosebank, Sandton, the airport, Centurion and Pretoria.

The Walter Sisulu Botanical Garden was founded in 1982, but has been a popular venue for outings since the 1800’s. The Garden has been voted the best picnic spot in Gauteng for 5 years in a row.

The natural vegetation of the area is known as the ‘Rocky Highveld Grassland’ and consists of a grassland and savannah, with dense bush and . The Garden accommodates over 600 naturally occurring plant species.

The Garden is also home to a pair of majestic Verreaux’s Eagles that nest on the cliffs alongside the waterfall. The Garden is home to an abundance of wildlife with over 220 birds species recorded on site. There are also a number of reptiles and small mammals, including small antelope and jackals, which occur naturally in the Nature Reserve.

The Johannesburg Zoo was established in 1904, it has over 2000 animals. The zoo is dedicated to the accommodation, enrichment, husbandry, and medical care of wild animals. It is one of the few places in the world in which you can find the albino or white lion. The Johannesburg Zoo prides itself on ideals such as conservation, education, research and recreation.

Gold Reef City is an amusement park that caters to young and old. At Gold Reef City there are over 30 thrill rides that will leave you excited and exhilarated, you can take the Heritage tour and learn about Johannesburg’s story of gold, there are amusement attractions and tribal dancers to keep you entertained and if after this you have worked up an appetite there are a number of restaurants that capture old and new Johannesburg in an experience you’ll never forget.

Lesedi Cultural Villlage allows you to learn about a new and unique culture which differs from yours. You will learn about different rituals, different languages, different traditional cuisine, and different architecture too. Lesedi was developed in 1995 as a tourist attraction. Lesedi contains five different homesteads, each representing a different culture; Pedi, Zulu, Xhosa, Basotho and Ndebele.

6. The Cradle of Humankind

The Cradle of Humankind is located at Maropeng in the Gauteng province. Maropeng has a state-of-the-art visitors’ center at the Cradle of Humankind world heritage site which has won widespread international acclaim. Visitors can explore the journey of the Earth and humankind from their beginnings to the present day.

Soweto, located in the Gauteng province is one of South Africa’s greatest and most popular tourist destinations. Spanning 21 townships, it is vibrant and alive, pulsing energy through all that frequent its area. Soweto is steeped in a turbulent, yet fascinating history and oozes a fierce pride in its South African heritage. Visit the site of some dramatic anti-apartheid struggles, as well as former homes of Nobel Peace laureates Nelson Mandela and Archbishop Desmond Tutu. 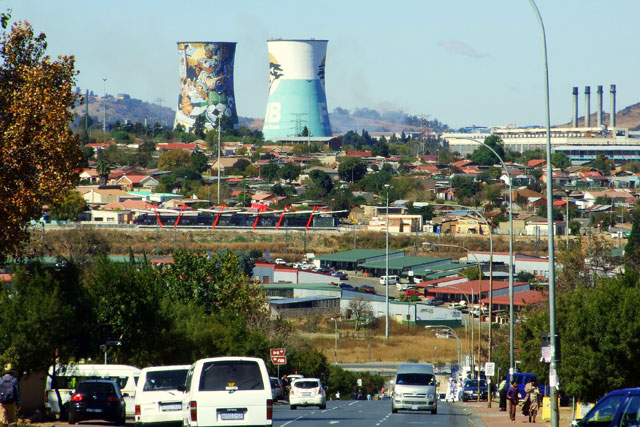 Johannesburg is full of remarkable flea markets that not only offer beautiful products but also serve as veritable windows into the city’s social and cultural fabric. Some of the best include the Rooftop Market, Mai Mai, Bryanston Organic & Natural Market, Market Theatre Flea Market and Bruma Flea Market.

The Johannesburg Art Gallery is perhaps the most important museum of fine art in Africa. It contains some remarkable works by masters such as Picasso, Pissarro, Rodin and Degas. What makes it even more so remarkable is the native artists from South Africa that is exhibits and showcases among these greats!