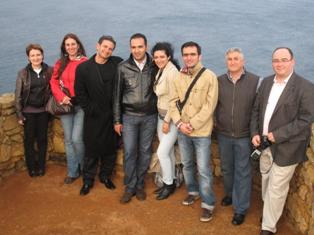 In August 2009, member schools of Education South Africa (EduSA) collaborated for the first time in hosting a Turkish Agent FAM Trip. These schools were: Good Hope Studies; Interlink; Inlingua; EC and Eurocentres. Eight agents from Turkey visited Cape Town, South Africa, for one week and were taken to the centres who had invited agents in order to visit their premises and meet with the staff there.

There was also time to visit and explore some of the sights in Cape Town, such as taking a guided tour around the city, going up the world-famous Table Mountain by aerial cable car, and visiting the Cape of Good Hope, the most south-western tip of Africa where the Atlantic and Indian Oceans meet. 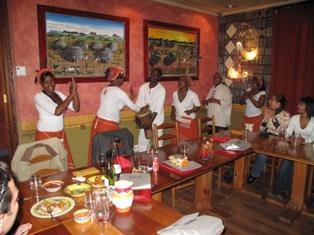 Each day was rounded off by a visit to one of Cape Town’s many world-class restaurants, where the cuisine of the Cape and the rest of Africa could be indulged in at leisure.

It was a fantastic opportunity for EduSA to showcase the City of Cape Town and for the schools to present themselves to the agents who were visiting.

The most common comment from the agents was that Cape Town was nothing at all like they expected: The city went beyond their wildest dreams and was one the best places in the world they had ever visited!